Skip to content
This page contains affiliate links, As an Amazon Associate, I earn from qualifying purchases (with no extra cost to you). Learn more

Before starting on the painting, deciding on the type of paint to use, is a must. Knowing the key difference between oil painting and watercolor painting beforehand can take your work to the next level.

There are different types of paints and each one has its own set of attributes that make it unique in its own way. Some artists use oil paint while others make use of watercolor paints.

The techniques of watercolor paint and oil paint are easily distinguishable from one another. For instance, watercolor paints contain less oil or fat. On the contrary, oil paints have linseed oil as a key ingredient.

Watercolor Painting: It can be easily differentiated by the visible brushstrokes. The visual evidence of watercolor strokes is more pronounced than that of oils, which lay smoothly on the surface. Additionally, Watercolor paint is more interesting with different materials likes, egg white, casein, and sugar to produce effects.

Let’s compare them more in detail:

Oil paints are more flexible in terms of the medium used to mix them up. They can be mixed with various materials like beeswax, linseed oil, poppy seed oil, walnut oil and etc. On the other hand, watercolors do not have such flexibility when it comes to mixing other additives into them.

Watercolor painting gives a clear definition of lines and contours while using pencils or charcoal as drawing tools because water makes them dissolve easily after application on the paper.

Whereas in the case of oil paints you cannot use such tools because they would smudge and spoil your work leaving an undesirable look at the end of the day.

The technique for applying both types of paint differs vastly from one another. Watercolor paints are thinned down with water, whereas it is not the case with oils. Hence thinning oil paint changes its consistency resulting in lesser covering power and making your work look rather dull.

The rise of oil paint can be attributed to Flemish painters around the 15th and 16th centuries. According to some art historians, the use of oil paints in paintings began with Jan van Eyck (1390-1441). The popularity of oil paints spread across Europe and gained mass acceptance during the Italian Renaissance period.

Watercolor paint has been in existence for more than 50 centuries, with the oldest discovered evidence being drawings on rock tiles dating back to 7,000-6,000 BC. However, mentions of watercolor paintings were first seen around 1 AD by T’ao Hung Chih who used them in his work called ‘Lanting’.

Oil paints are significantly costlier compared to watercolors. In addition, the finest quality of oil paint is more expensive than its lower-grade counterparts. Painting with oils requires a good amount of fatty materials, so the prices remain high until the painter gets a standard level of expertise. 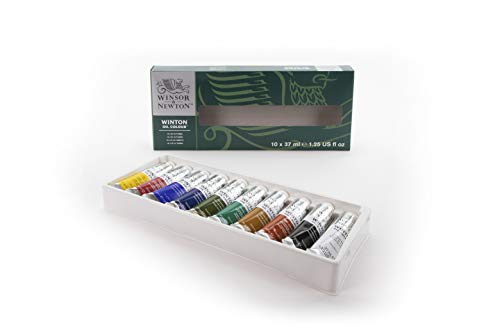 Watercolor paintings are less expensive and readily available in the art market at an affordable price for artists and students alike who want to try their hand at a painting without having to invest too much money. On top of that, watercolors dry faster as well as have better covering power and higher pigment load as compared to oil paints which make them even more appealing since they can be finished quickly. 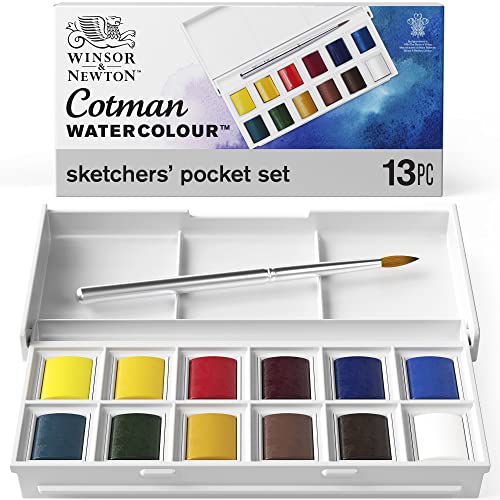 Watercolor paintings can give you a complete sense of accomplishment within a short time compared to oil paints. On the other hand, oil paintings take longer to finish without compromising on quality whereas watercolors are more flexible when it comes to finishing time.

Oil painting requires you have prior skill and knowledge of techniques that are required in creating different effects before putting your brush to work.

The fame and appreciation of paintings can be attributed to their effect on mood and atmosphere. Oil paintings give you a more polished and finished look, but watercolors can create looser minimalistic effects that appeal to different tastes.

Leonardo Da Vinci is the famous painter who created The Mona Lisa, one of his many popular masterpieces. However, this portrait of a woman was the only painting he ever signed making it even more special. He used oil paints to bring out all its details and beauty while displaying her enigmatic smile that leaves you wanting more.

With its intricate details, Mona Lisa appears serenely confident as she stares back at you with a smile that is enigmatic just like her portrait. This painting was the subject of several thefts since 1911 when it first disappeared before being recovered two years later under circumstances that remain unknown to date.

This painting by Leonardo da Vinci again shows off his mastery in oil paintings with its dramatic depiction centered on Christ taking his last supper with his twelve apostles before being betrayed by Judas Iscariot. This masterpiece captures the essence of that scene using symbols such as bread and wine that are now Christianity staples.

This painting features The Raft of Medusa during the 19th century where survivors from a shipwrecked fleet struggled with hunger, thirst, disease, and despair on a raft without food or drinking water in sight. This painting highlights many aspects such as the grim reality that they faced and criticism towards class discrimination at that time since there were higher instances of survival

Watercolors were widely popularized in the 19th century when the trend of studying in Europe became popular. At that time, many artists learned new techniques and used watercolors to produce some brilliant works of art which were sold for very expensive prices. On the other hand, the increasing popularity of modernism put an end to this type of painting reducing them to sketches or drawings instead compared to oil paintings.

Sandro Botticelli was inspired by Ovid’s work on the ancient Greek gods and goddesses to create this masterpiece which displays two contrasting concepts such as sexuality and purity.

The Birth of Venus displays a woman being born from the sea with an overflowing shell in the background showing her symbolic emergence from the water. In addition, this artwork has been finished in a high key-note style that focuses a lot on details which makes it easy for viewers to appreciate its beauty at first sight.

This painting called Diana and Actaeon which is part of the Vecelli family collection is displayed in the Uffizi Gallery. This painting by Titian illustrates Actaeon who was turned into a stag after spying on Diana while she was bathing which led to his tragic death because animals who saw him wanted to attack and kill him since they thought he was one of their enemies.

Why do artists prefer to make oil paintings?

Artists prefer to make oil paintings over other types of paintings because it requires more precision and patience. While artists can learn how to paint with watercolors, creating an oil painting takes a long time since the contents need to be painstakingly blended together with one layer at a time until it’s finished.

In addition, the final product is much better compared to using watercolors that may fade away over time or even break apart when framed without proper protection. On the contrary, an oil painting allows artists to experiment more and create vivid details that would otherwise not be possible if they used any other type of paint.

Oil paints are beginner-friendly since the pigments of oil colors allow artists to create layers that can be easily blended together. This is why beginners can practice and learn new techniques without having to worry about making mistakes and ruining the entire canvas since it’s possible to remove any errors using a solvent such as turpentine or paint thinner.

It’s easier to start painting with white color while using oil paints because it is also harder to mess up. While watercolors are not used in creating dark colors, artists can easily turn an entire white canvas into a mess if they are not experienced enough.

On the other hand, beginners will find it easy to experiment since they can always cover any mistakes that were made with another layer of paint until the desired result is achieved which makes oil paints more beginner-friendly compared to watercolors.

Why is watercolor paint easier to use?

Watercolor paint has its advantages and in some cases, it’s easier to use compared to oil paint.

Why is oil paint is easier to use? 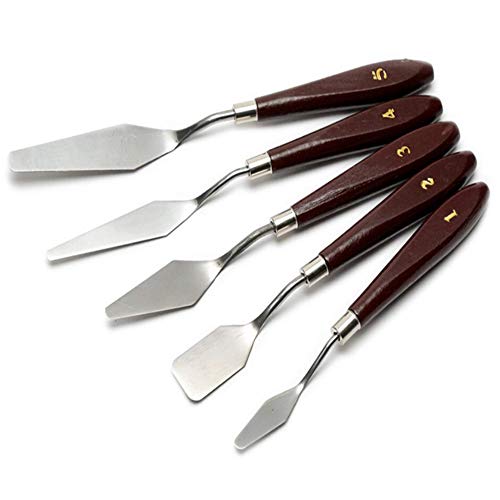 What are the advantages of watercolor over oil paint?

There are many advantages of watercolor over oil paint however this article will only discuss the top five.

Can you use watercolor as oil paint?

You cannot use watercolor as oil paint because it will not blend properly. While you can add more layers when using watercolors, you are unable to do the same with oil paints which make this technique less preferred by professional artists.

Which one is easier to mix oil paint or watercolor paint?

Watercolors are easier to mix compared to oil paints because you can create a lighter version of your favorite colors which you cannot do with oil paints. On the other hand, it is impossible to blend watercolors into one another which makes this technique less preferred by professional artists.

Which is better watercolor paint or oil paint for a beginner?

Which is easy to clean watercolor paint or oil paint?

Watercolor paint is easier to clean compared to oil paints because it only takes a simple cloth and water before you can start painting again without having to wait for the paint to dry. Oil paint, on the other hand, requires a special solvent due to its thickness which makes this process more difficult.

My Name is Tilen. I finished interior design college in Ljubljana and I work full time as a furniture store owner and a webshop manager in a small town called Brezice.

I love to paint since forever. My grandmother thought me everything she knew and I am painting since I was 3 years old. I quickly become obsessed with everything art-related. Because of my webshop background, creating a blog was an obvious next step for me.